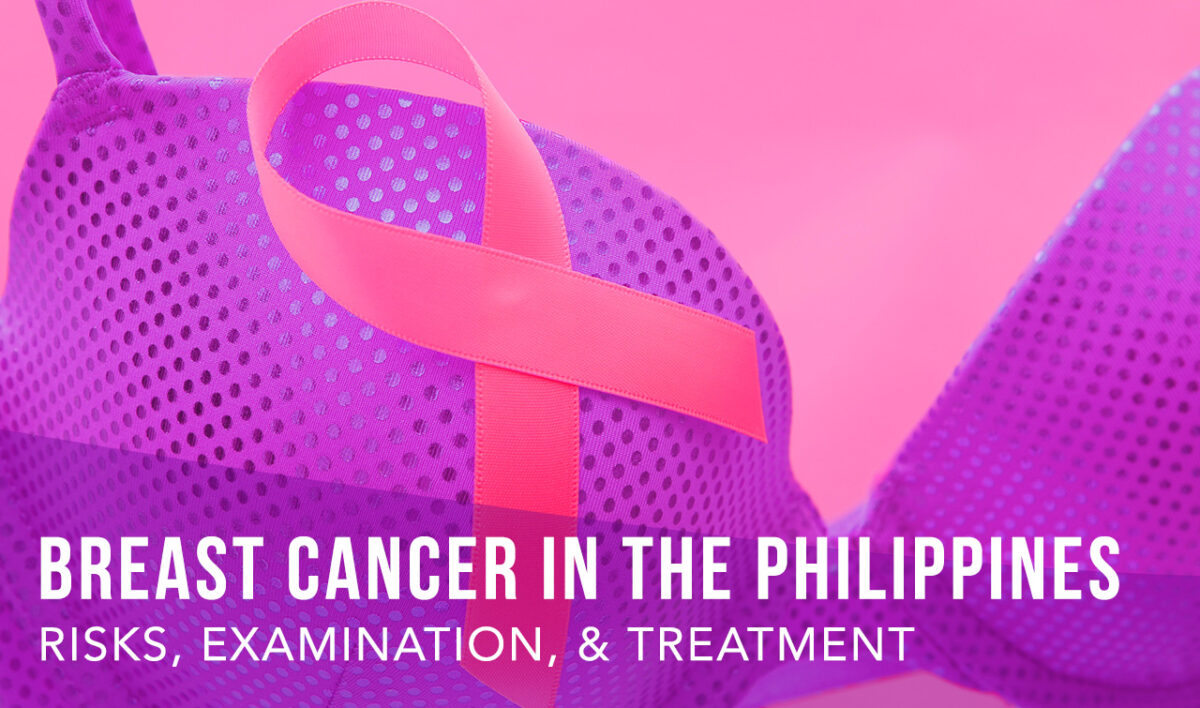 This is true even in other parts of the world. According to the World Health Organization (WHO), there were 19.3 million people diagnosed with cancer in 2020. The number of people who died because of the disease also increased to 10 million in the same year. Breast cancer cases are higher in more developed countries; however, the number of women diagnosed with the disease is increasing in every region of the world.

There are no known causes of breast cancer in the Philippines. However, several risk factors could increase the possibility of developing the condition. Some of the risk factors are controllable, while others are uncontrollable.

Some of the risk factors that women do not have control over are the following:

Some of the risk factors that women have control over are the following:

While there might not be a known cause of breast cancer in the Philippines, there are still ways to decrease its risk factors. According to research, a change to a healthier lifestyle places women at a lower risk of breast cancer. Here are the things that could be done as prevention:

According to the Philippine Cancer Society Inc. (PCSI), most Filipino patients start to consult a doctor late, commonly during the advanced stages of cancer. So, they encourage everyone to have an annual clinical breast exam and mammography. Another thing they are promoting is Breast Self-Examination (BSE). Here are the three ways to do self-examination according to the PCSI:

Self-examining does not only check for lumps in the breast. Check for other indicators, such as dimpling of the skin, change in texture or temperature of the breast, itching or burning sensation, and unusual discharge in the nipple that may be clear or another color, or bloody. Doctors recommend self-examination to be done once a month, around 3 to 5 days after the menstruation starts because the breasts are not as tender or lumpy during this time. Upon noticing any changes in the breast, consult a doctor immediately.

Different treatments address the two. Treatments that remove or destroy cancer cells within the tissue, or nearby tissues like the lymph nodes, include:

Treatments that destroy or control cancer cells that have spread through other parts of the body include:

There are many options for the treatment of breast cancer in the Philippines. Many local surgeons are trained and experienced when it comes to treating the condition. However, a common concern that breast cancer patients have is the look of their breasts after treatment, especially in surgeries like a mastectomy. 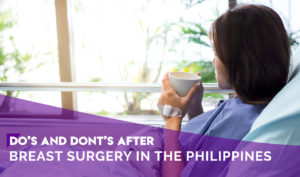 DO’S AND DONT’S AFTER BREAST SURGERY IN THE PHILIPPINES 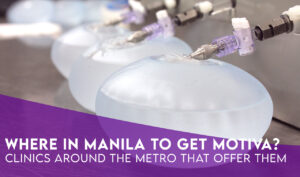 BODY CONTOURING 101 WITH DR. LUTGARDO “JUN” CAPARAS JR. OF ZI INSTITUTE OF PLASTIC SURGERY AND DERMAESTHETICS
Use of and/or registration on any portion of this site constitutes acceptance of our Terms and Conditions (updated 9/11/2019) and Privacy Policy and Cookies Policy (updated 9/11/2019). The material on this site may not be reproduced, distributed, transmitted, cached or otherwise used, except with the prior written permission of Breast Surgery PH.
ACCEPT
Privacy & Cookies Policy